When I noticed a post on Secret Flying with an Air Canada “error fare” last Sunday, it didn’t take me too long to book. In fact, it took me about ten minutes to book the first ticket… And then, I decided to book one more for a trip together with my friend Philippe (check his blog The Full Gull). 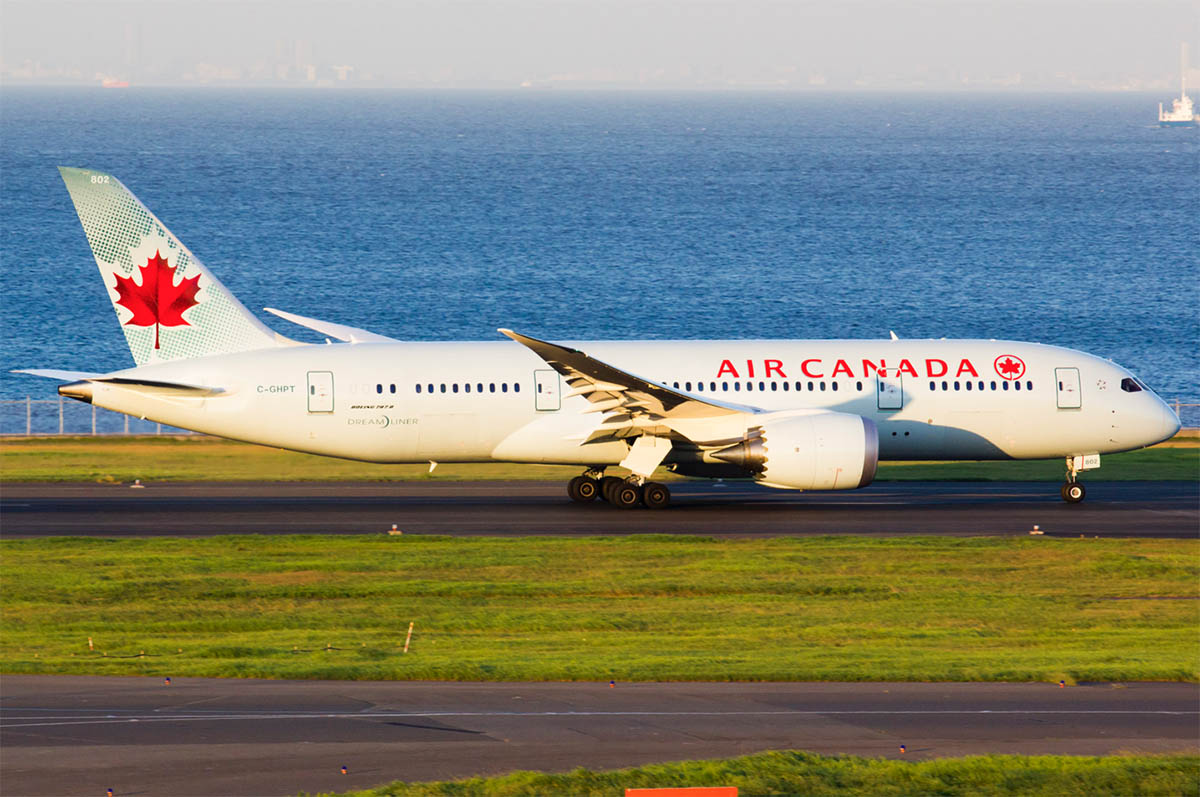 Then, for about two days, I watched various blogs and forums – both hearing reports of reservations being intact as well as, in some instances, cancelled. In the meantime, some people decided to contact Air Canada – and got the a reply like the one below, confirming that Air Canada will honor the fare for ticketed reservations.

Hello Vanessa, if an electronic ticket was issued, it will be honored. /ra

With that the constant checking of whether the itinerary was still alive stopped, and an excitement about the upcoming trip came instead.

So, where will I be flying?

There were tens of routes that were part of the glitch some of which included:

All of those were priced around $150 to $300 per roundtrip. For example, below is a sample of what the pricing chart looked like for roundtrips between Prague and New York in February 2018 (in Canadian dollars): 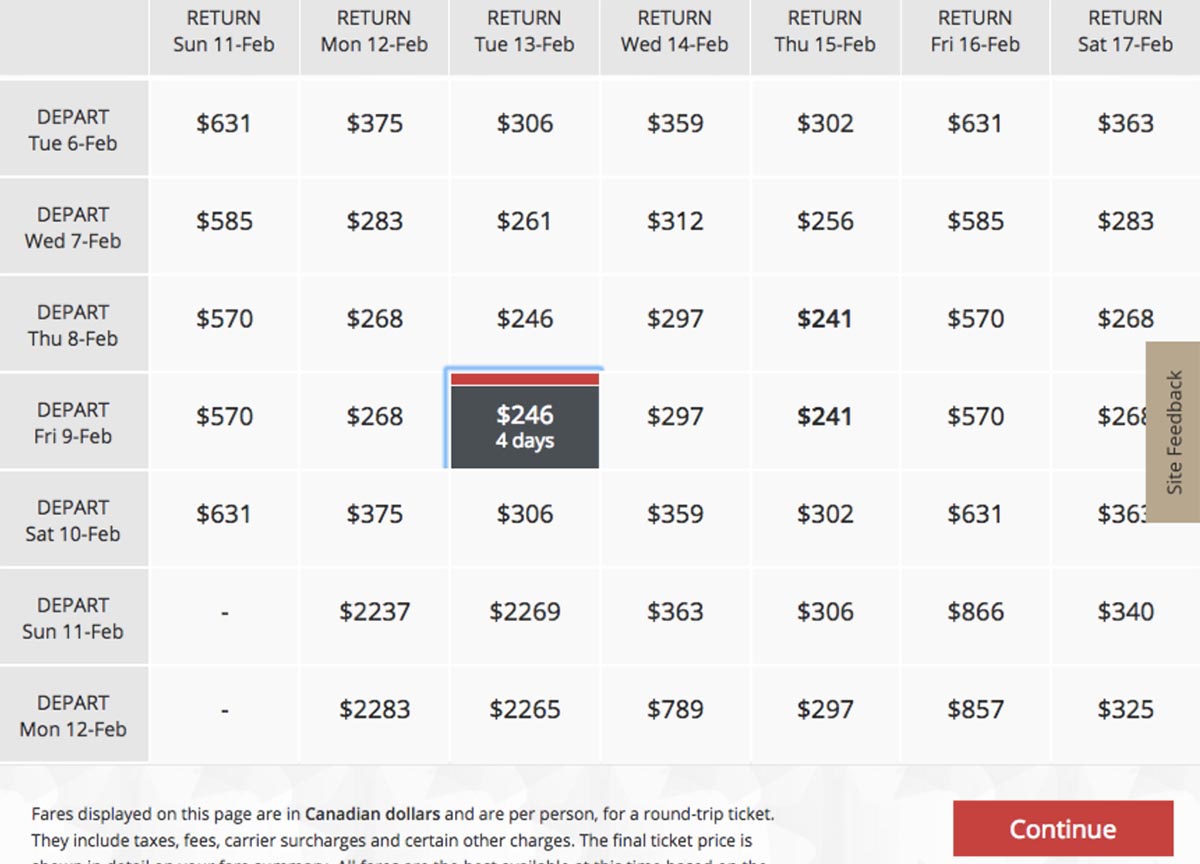 …and below is a sample final pricing for a similar roundtrip. As you can see, besides flights on Air Canada itself, also flights operated by some of its Star Alliance partners were included. 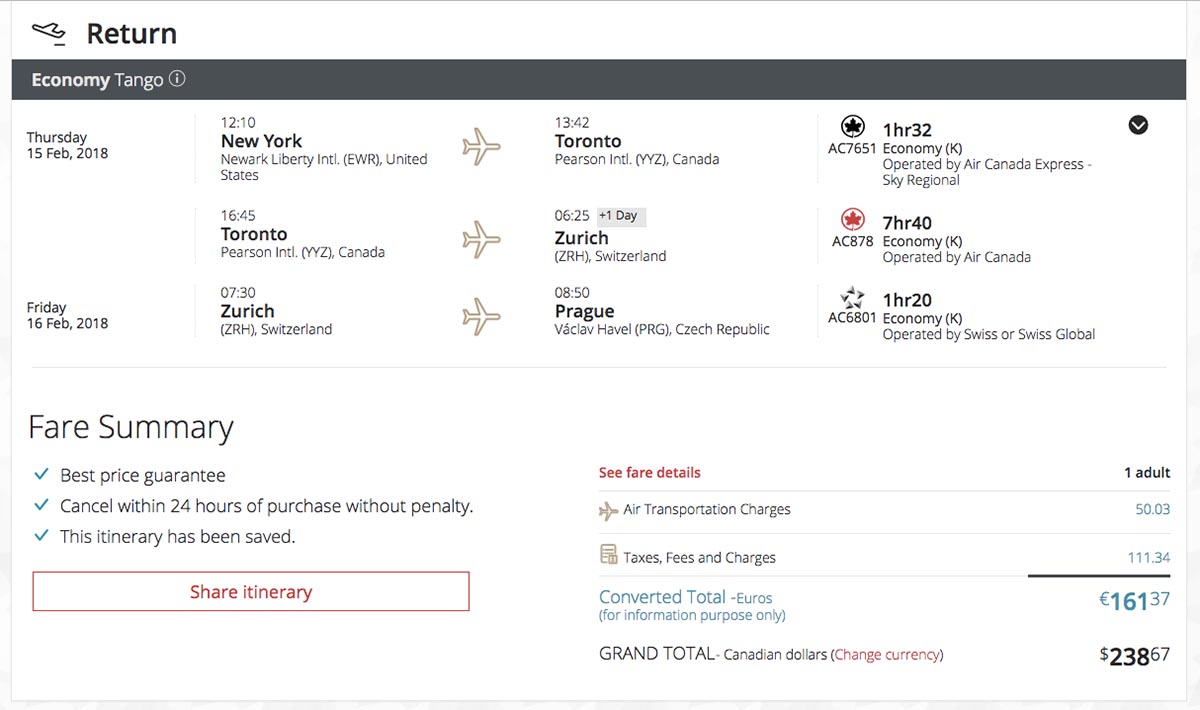 1st Booking: Paris to Toronto and Back with Air Canada

Given that I’ve never been to Canada before, I opted to book a flight to Toronto. As I wanted to grab the opportunity, I just booked the ticket for the first set of dates I found that would fit my schedule – in May 2018. I chose the date so that they went well with one of the trips to Europe I am planning for next year.

From the time I found the information about the fare until booking the first roundtrip, less than 10 minutes passed. And, for $157, I got the following: 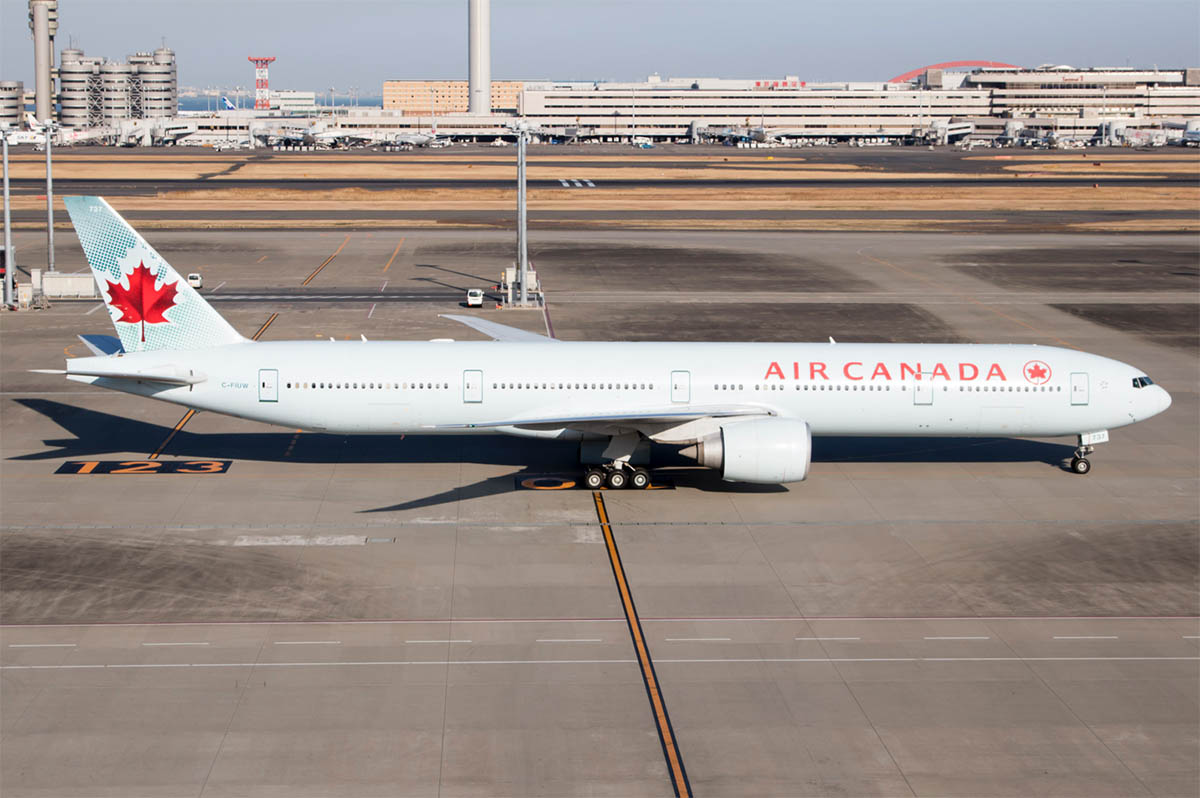 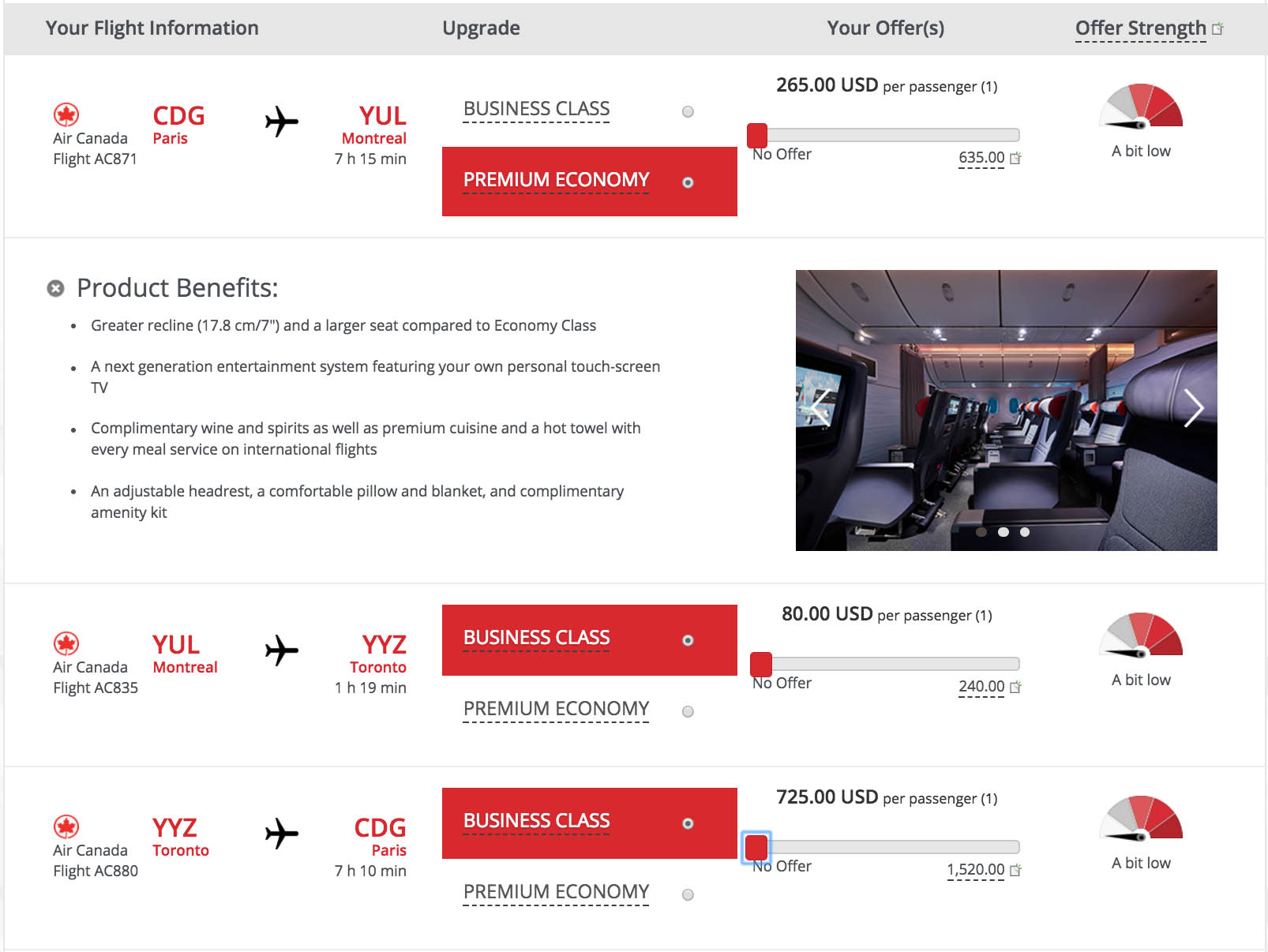 2nd Booking: Paris to Vancouver and Back with Lufthansa and Air Canada

When choosing the first destination, I was thinking about booking an open-jaw – flying to Toronto and flying back from Vancouver. But, assuming the transcontinental flight between Toronto and Vancouver would cost as much if not more than the roundtrip to Toronto, I put the desire to visit Vancouver on hold.

Then, however, I got in touch with Philippe and started to play with the reservation system once again. And, after a while I found the following for $194: 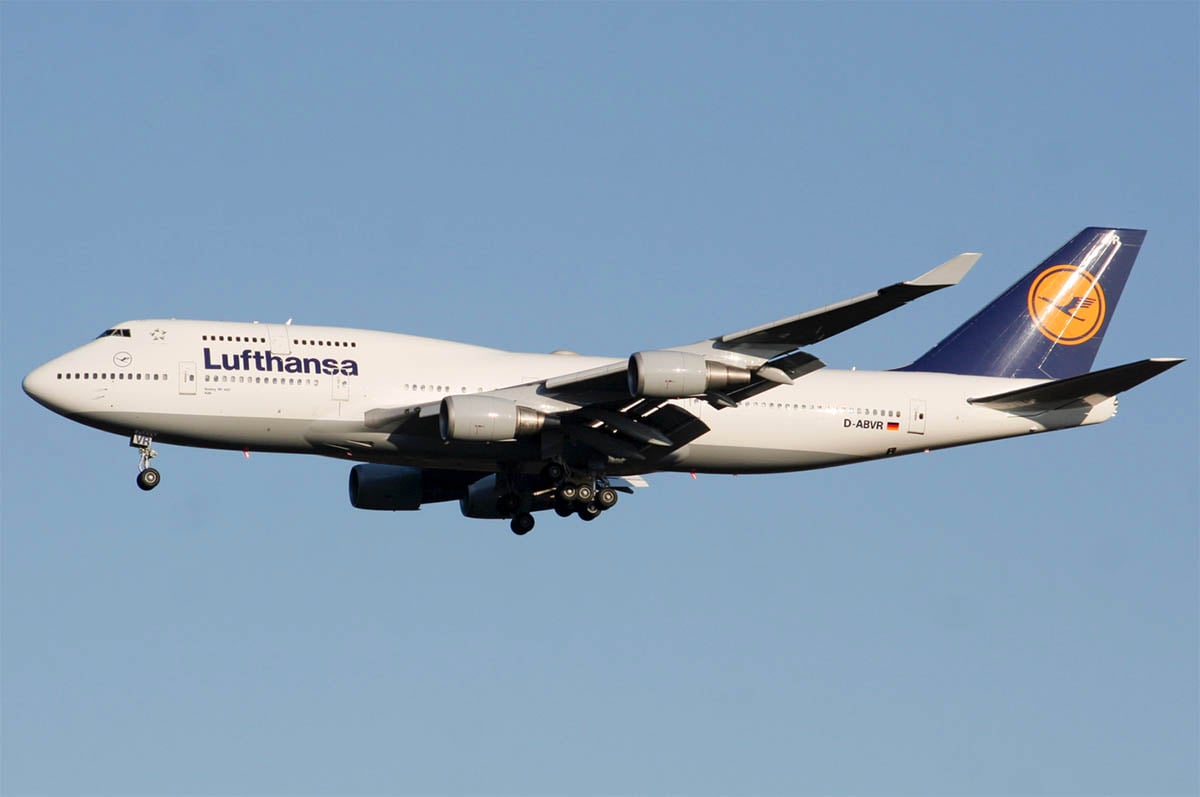 Knowing that Philippe wouldn’t resist a chance to fly on a 747 for that price, I used that as an excuse to book the second trip – departing Paris back for Canada a bit more than 24 hours after arriving from Toronto.

What to Do in Toronto and Vancouver?

Now that I have the two tickets, and it’s more or less certain that the fare will be honored, I can start looking for flights into Europe. Separately, I also have to start thinking of what to do around the two cities.

I will have about 4 days in Toronto, and 3 days in Vancouver. In Vancouver, I am – of course – planning to do some seaplane spotting and (hopefully) flying. 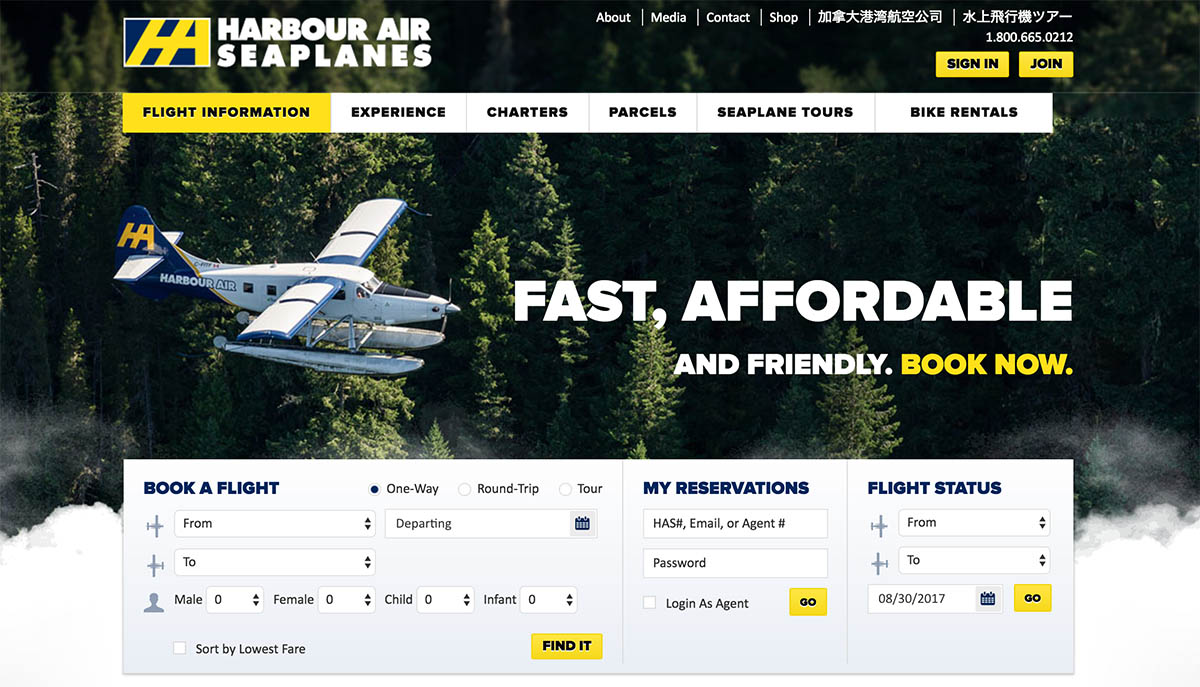 Other than that, however, the plans are still wide open.

And, while May is still far away, if you have any suggestions regarding those two cities – especially from an aviation enthusiast point of view – please let me know.

Hi! My name is Keishi Nukina, and I am an aviation enthusiast, writer, and photographer based in Japan.

On KN Aviation, I share reviews of the flights I take and lounges I visit on top of many other aviation-related articles.

You can learn more about me here.

No, I am not going to tell you how to fly in first class and sip Dom Perignon for free…

But, I am going to introduce you to a couple of ways you can experiment with to try a business class flight without having to spend thousands of dollars.

How Can I Help You?